Whether you’re residing in Australia, you’re there for business or on holiday, you can access the internet. You’ll soon come to realize the need for a virtual private network (VPN) so as to put a cap on surveillance and data retention, plus other restrictions on services and websites.

Besides using a browser to protect your privacy, a VPN gives you increased security, especially on public networks like WiFi in hotels, schools, and other public spaces. It also lets you access the geo-restricted content on sites like video streaming services, including Netflix.

Australia is part of the Five Eyes, an agreement between member states to share intelligence assistance. Its laws give security and law enforcement authorities the power to snoop on your online activity.

Similarly, its data retention laws have also been tightened such that internet service providers (ISPs) are obligated by law to collect and store metadata for a period of up to 2 years and avail the same upon request by national security.

The law, passed in 2015, defines this data to include the source and destination of email, plus the dates and times of web browsing sessions.

Additionally, there are punishments for whistleblowers who publish information that is classified and laws that hinder access to websites such as torrents and video streaming.

A VPN for Australia lets you access streaming services blocked in their countries of origin, access Australian broadcasting services while traveling, and have an extra layer of protection from online snoopers, hackers, identity thieves, and fraudsters.

Criteria For Choosing A VPN For Australia

If you’re looking for the best VPNs for Australia, here are factors you need to consider when selecting one: 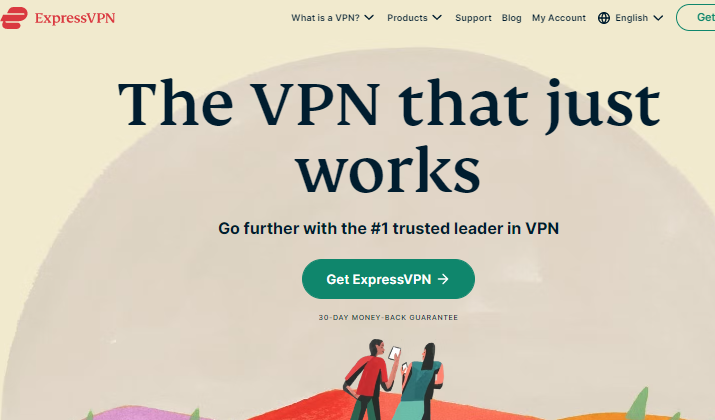 ExpressVPN provides secure VPN services to users in different parts of the world – 94 countries, to be specific. This VPN service is swift and reliable with next-generation technology. It allows you to connect to your server of choice with one click.

You can use ExpressVPN on any major device, including Android, iOS, Mac, Windows, and Linux. The VPN service also offers a router and an application for smart TVs.

It’s a premium VPN, and you have multiple pricing options to choose. ExpressVPN ranks at the top in most independent VPN reviews and user ratings for many reasons, including: 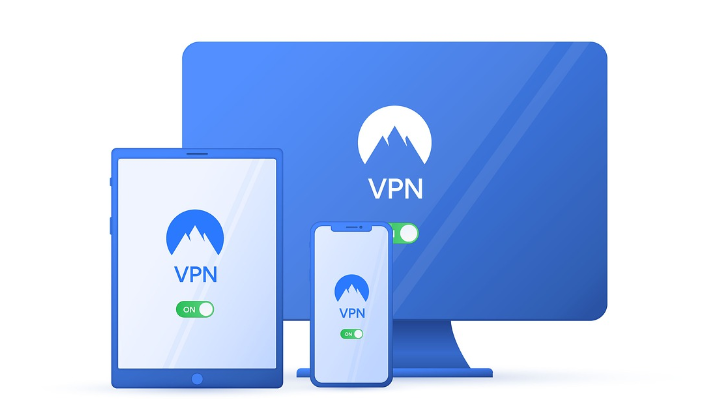 With a server network of 5499 servers in 59 different countries, NordVPN assures you of everything you need for privacy online while in Australia.

One of the best things about NordVPN is the Threat Protection feature. It’s a neo-feature that protects your device from cyber threats.

Interestingly, you don’t need to be connected to a VPN server to use it. Simply activate it in the settings, and Threat Protection will continuously improve your browsing experience.

Other features include the following: 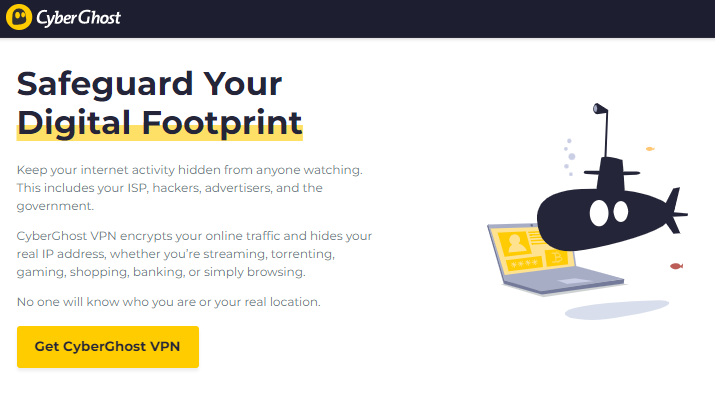 This is another popular VPN among internet users across the world because of its multi-privacy platform solution and great security tools.

With CyberGhost’s industry-leading 256-bit AES encryption, no one can track your activities on the net, and the VPN keeps no logs.

You can use CyberGhost on desktop, mobile, smart, and gaming devices. This VPN service also has browser extensions for popular web browsers like Google Chrome and Brave.

CyberGhost is one of the oldest premium VPNs on the internet as it was launched in 2004. 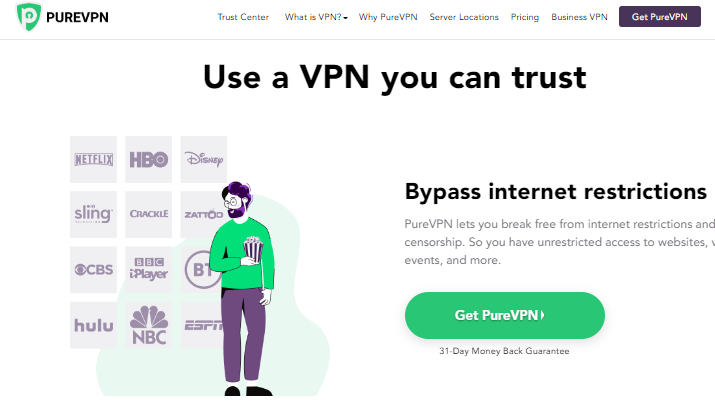 This VPN not only ensures preventive and complete security for your online activity, but it also has a unique solution that protects you from online threats while filtering out content that you don’t want.

With PureVPN, you can access websites, videos, audio, and other internet content where they are available. You don’t have to worry about any internet censorship or restrictions. 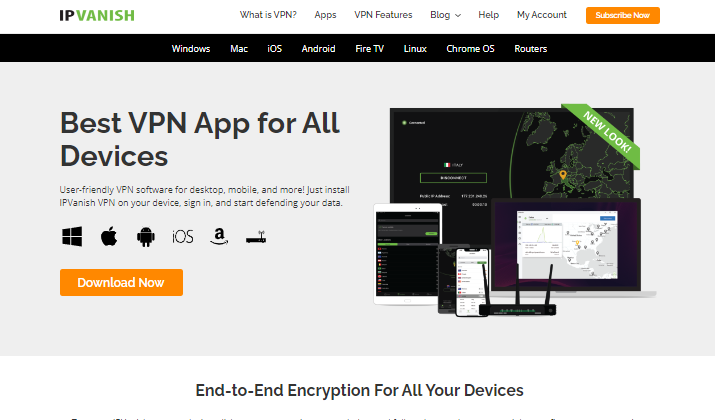 This VPN is known for its speed and has a less congested connection that assures you of security and privacy.

IPVanish is one of the best VPNs you can use in Australia if you’re particular about server locations.

This VPN boasts a massive 2,000+ servers in more than 75 countries. Furthermore, you get access to more than 40,000 IP addresses.

One of IPVanish’s newest features is WireGuard – a feature that lets you browse incredibly faster. It’ll come in handy when handling time-sensitive VPN tasks.

In fact, it is ideal for playing the best browser games. 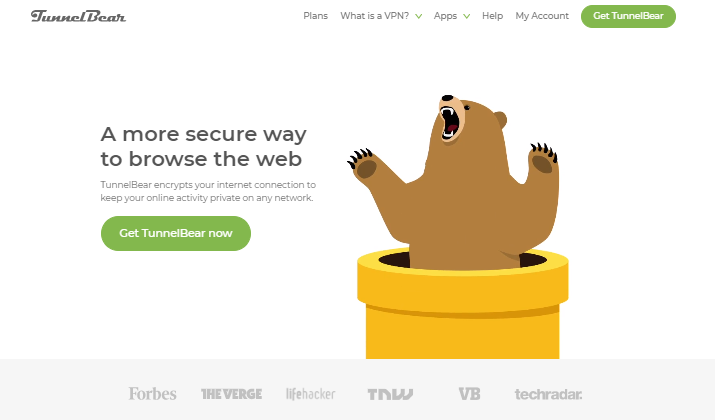 TunnelBear is an ideal option for a freemium VPN.

It’s a simple VPN and one that you’ll find fun to use with the bear animations. You can use TunnelBear on your Windows, Mac, iOS, and Android devices.

It’s a light VPN application, so it won’t affect the performance of other applications as it runs in the background.

Not to mention, by default TunnelBear utilizes a robust AES 256 encryption protocol.

This VPN has servers in over 45 countries, with the exception of Africa, the Middle East, Turkey, and Russia, all of which have restrictive internet access policies. It is one of the fastest VPNs to use, with better performance and its features: 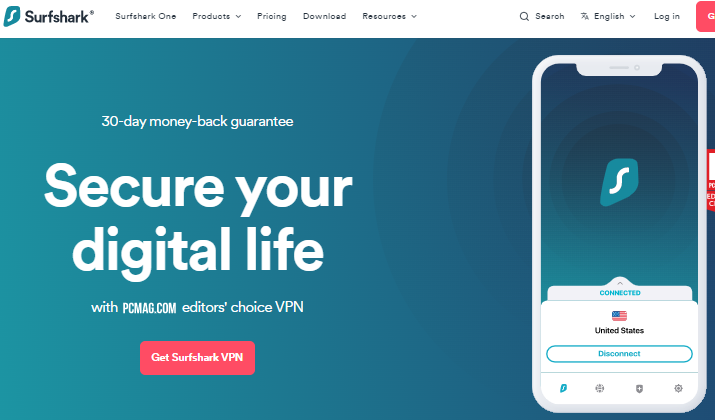 This VPN service was launched in 2018 making it one of the latest Australian VPN service. It is available for all major operating systems and relatively expensive; hence, it is an ideal crossplatform VPN for multiple devices.

You can opt for Surfshark VPN if you need a VPN for privacy-centric browsers that can bypass geo-restrictions on streaming services worldwide. It’s the best option for many people because of the strong AES-256 encryption it delivers.

This British Virgin Islands-based VPN has servers in 95 countries and it offers the following features: 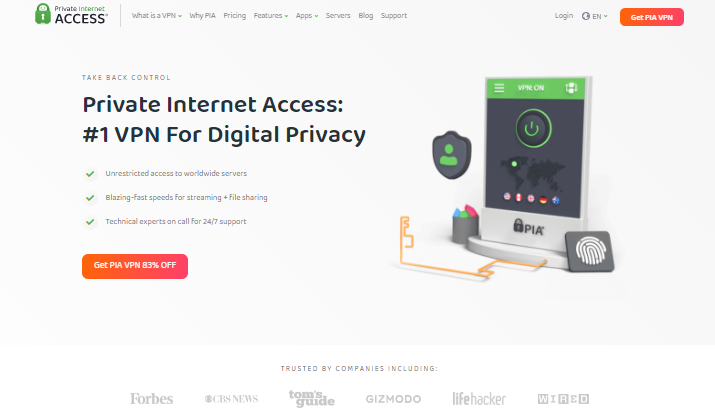 Private Internet Access VPN has been in the industry for over ten years, recording more than 15 million users worldwide.

As a PIA VPN user, you get access to dedicated IPs – IPs only you can use – which are more common with proxies than VPNs. The dedicated IP is available as an add-on, and another notable add-on is the privacy-first antivirus.

In other words, you don’t just get VPN features with PIA, you also get proxy and antivirus features.

With PIA, you get to enjoy the high-quality performance and strong security on multiple platforms, each with its own instructions on setting up and usage. 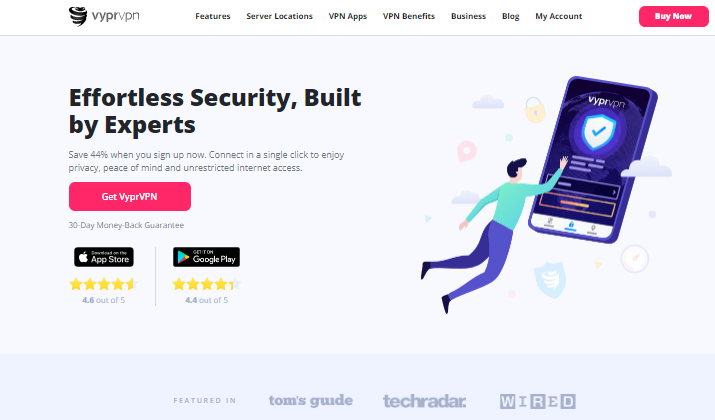 Built by experts, VyprVPN believes privacy is a human right. Hence, the VPN ensures that your internet connection is secure and that no third-party – not even VyprVPN’s servers – can access your browsing data.

The VPN protects you from DNS leakage, ensuring your traffic cannot be tracked. In addition, split-tunneling lets you use the VPN without affecting your regular internet access. 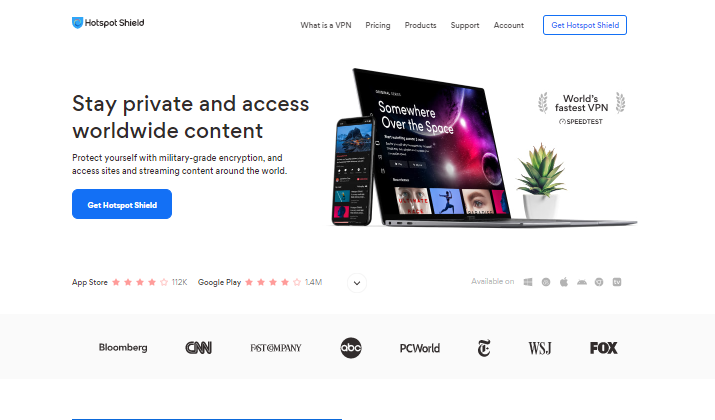 As its name suggests, this VPN protects your privacy (especially for regular WiFi users) while keeping your data and information secure; plus, it has a free version if you want to test run the service. It boasts more than 3,200 servers in more than 80 countries and 35 cities.

Hotspot Shield VPN is one of the best VPNs in terms of compatibility. The VPN is available for Windows, Android, iOS, Linux, and Mac devices. It is also available for Chrome, smart TVs, and Routers.

As a privacy-focused VPN, Hotspot Shield VPN doesn’t record your browsing activity. In addition, the military-grade encryption ensures no other website or malware can track your activities.

The best VPN for Australia delivers a true solution to prevent online snoopers from checking out your activity while protecting your sensitive data and information via strong encryption and allowing you to bypass geo-limitation barriers.

Our guide to the top 10 VPNs for Australia will help you overcome the restrictions while ensuring anonymity every time.

Elsie started off as a freelance business and tech journalist. Having written for publications like Lifewire, and WindowsReport, she has garnered immense exposure over the years. She is a certified social media expert with deep interest in internet marketing, ecommerce and information technology.